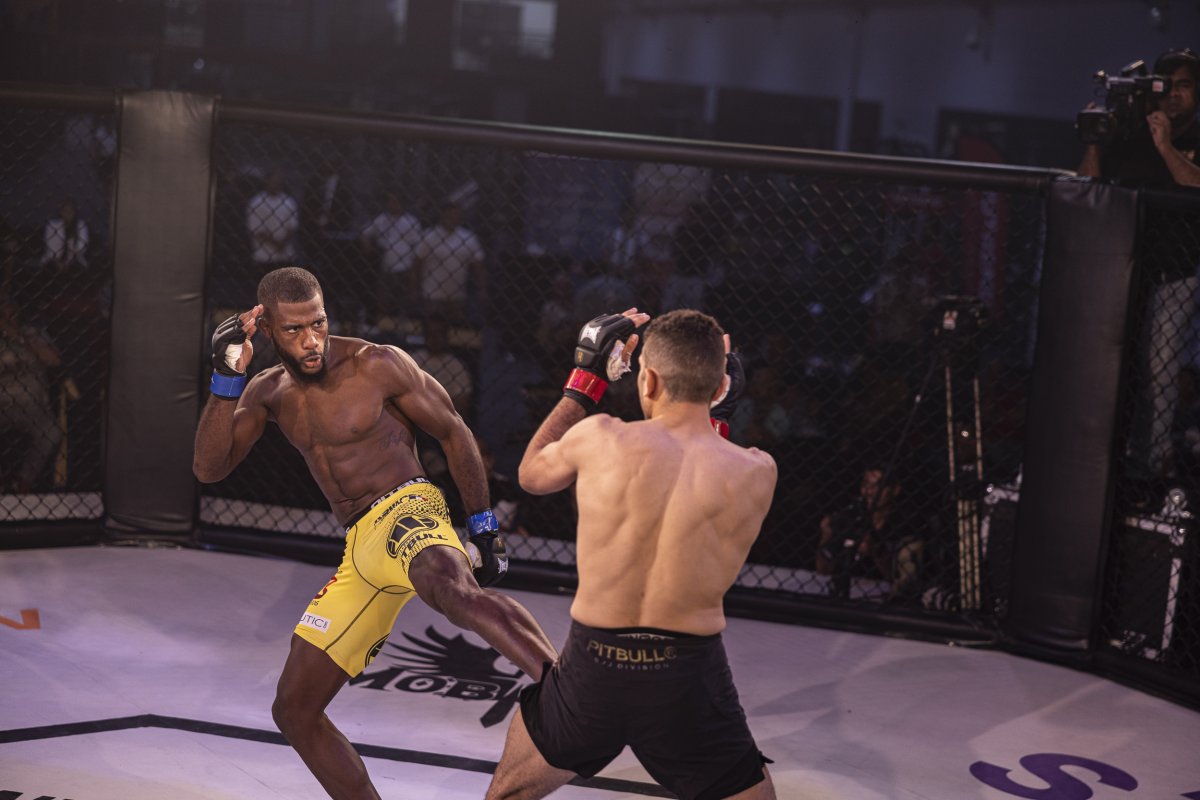 Wilson Varela originally started kickboxing training to erase her shortcomings. Years of hard work later, kickboxing has become the Portuguese’s main strength, and his way to make a difference in the cage.

Watching Wilson Varela move and punch in the octagon, one would think he was bred to kickbox. Actually, it’s quite the opposite, as his formative discipline was sambo. “I started when I was 16 years old, and immediately after, I started pancration. As I was doing well, I had a few professional fights, but I stopped everything in 2016, to start from scratch” recounted the 27-year-old Portuguese.
The reason was his weakness in striking: “On the ground, I was doing well, but standing, it was very complicated.”
Back to basics and to the shadow work in the foot-fist boxing gym. Determined, Wilson Varela started a new career in kick-boxing, marked by about thirty professional fights. In total, the interruption will have lasted more than five years, since it was only in 2021 that the young talent redirected himself to MMA. “Actually, I didn’t feel ready yet. But now, standing up, I am very sure of myself”, explained the student of Jean-Michel Foissard, at the Marseille Fight Club.

For a while, Varela was very successful in the cage, but then he endured some bad luck and suffered several setbacks, his last being a sprained ankle in the middle of a fight.
“But as they say, a champion never complains. It’s done, it’s written, you can’t make excuses,” comments Varela displaying the good mentality of an intelligent young man, who is quadrilingual having been educated across three cultures growing up. “I was born in Cape Verde, but I spent my childhood in Portugal. And when I was 15, I finally arrived in France. When I arrived, I left my whole life behind overnight. I was going to join the training center of Sporting Portugal, Ronaldo’s club, but I absolutely wanted to go to live with my father and brother, so I left.”

He could have had a completely different career, but he’s now fully satisfied in martial arts, even if “MMA still doesn’t pay all the bills.” So he alternates: he’s a sports coach in the morning, and a fighter in the afternoon. “I manage to juggle both, so everything is fine.”