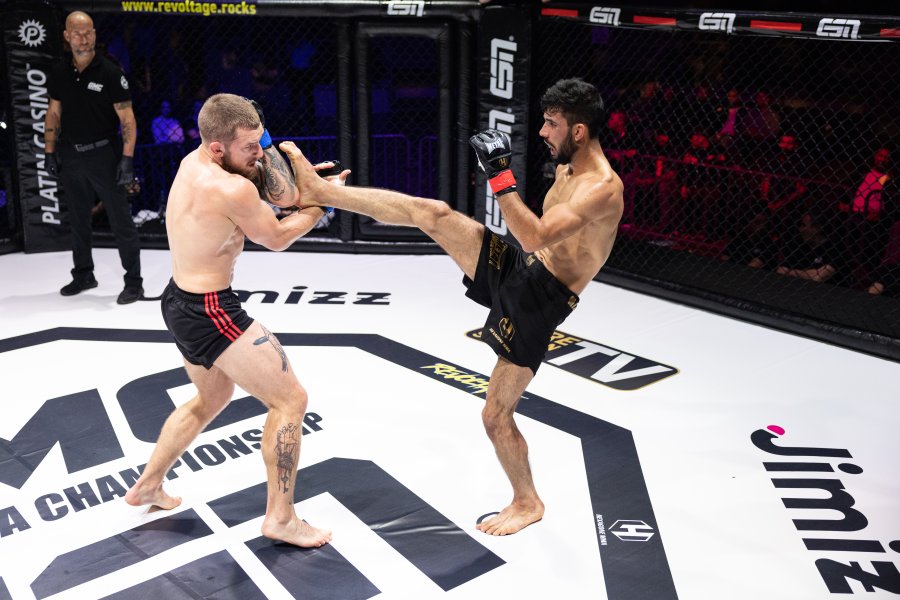 Afghan immigrant, arrived in France to escape the war, Parwiz Arabzai comes from very far. Well settled in France, he now wishes to blossom as a fighter, and make his fists speak in the cage.

Parwiz Arabzai’s story is similar to many Middle Eastern immigrants. An Afghanistan native, he escaped the war to reach Europe and “find freedom”.
“When I was 16, I left my family, I left alone, in a truck”, explains the 24 years old, a citizen of French but with a distinct accent. “We illegally passed through Pakistan, Iran, Turkey… I was even in jail in Bulgaria. It would take too long to tell you the whole story. It was like a movie.”
After a year traveling and a lot of “mess” to finally arrive in France in 2017 without family or familiar landmarks, Arabzai headed to Paris on the advice of a compatriot he had met on the Internet and spent his first days in the street, disoriented. “I slept outside for a few weeks, and then I went to a shelter. Over time, I finally got my papers.”
Then with a more stable situation, he asked his social worker to help him find a gym and ended up, by chance, at the Free Fight Academy.

“I miss my country. I miss my family”

With no other sports background other than wrestling, practiced outside with friends in the streets of Kabul, Parwiz Arabzai started MMA under the guidance of Mathieu Nicourt and gradually built up a record of achievements. Today, he considers himself “very multi-skilled”, and believes that he can adapt to his opponent in any field. “Striking, wrestling, ground and pound, I’m good with anything. But I really trust my fists. I know that if my opponent takes one, he’ll be knocked out. Recently, my mentality has really evolved, I definitely want to finish my fights, and I know I can.”
In addition to his versatility and power, his determination, born of a complex past, is one of his main strengths. “I haven’t been back to Afghanistan since 2017. I miss my country, I miss my family… So I really want to reach the highest level. For them.”