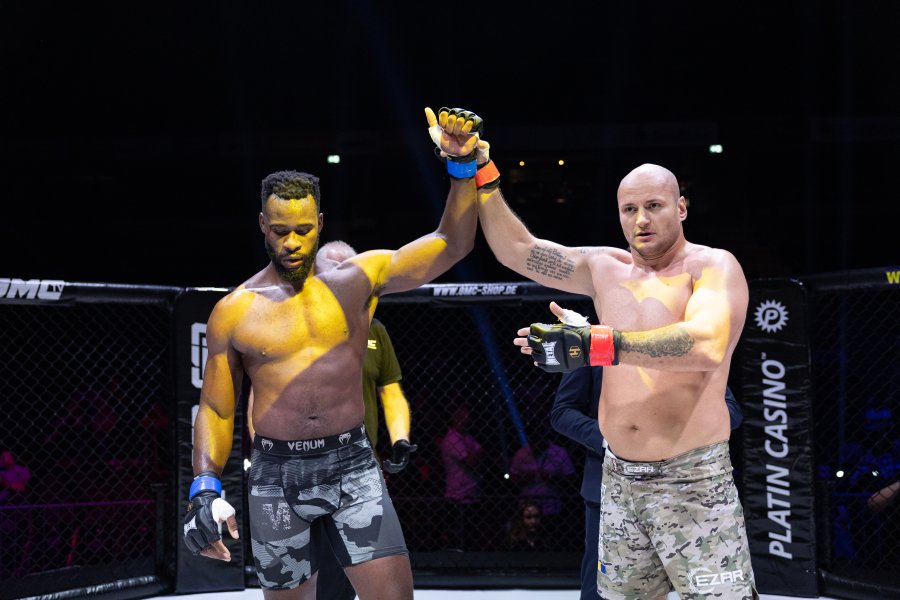 A former top-level goalkeeper, Maxime Fondop has made a fast track transition to MMA. A grafter, he now brings his K-O power to the cage.

Padded gloves have always been part of his life, but in the last three years, the use of padded gloves has changed radically. Maxime Fondop, 28, has managed to go from professional footballer to MMA fighter, without any specific background in combat sports.

For him, initially a goalkeeper, his career plan was all mapped out: to join a professional club, so as to make a living out of football, as a teenager. A goal that he achieved without reaching his personal goals. After starting out in the youth teams of Stade de Reims, a first division club, he gradually became a globetrotter, moving from the semi-professional level in France to the Finnish elite, via the reserve team of the prestigious Standard de Liège, in Belgium. “Besides that, I’ve always been passionate about MMA and boxing. I’m very inspired by guys like Mike Tyson. So at 25, I figured that if I wanted to try something, it was now or never.”

“I know I still have a lot of room to improve”

With only one year of karate as his martial experience, Maxime Fondop then took the right angle turn, and started from scratch at the SDCL Center in Maurepas, in the Yvelines, with the coaching of Yann Lamothe. “I trained hard, I made up for lost time,” he explains today, modest and hard-working. “My level is becoming correct, but I know I still have a lot of room for improvement.” A particularly physical heavyweight, the former footballer built himself up in MMA on the basis of kick-boxing, which he discovered a passion for. And today the results are visible, during his three professional fights, between 2021 and 2022, he won each time with his fists before the limit. “I sometimes said to myself ‘if I had started combat sports at 15 years old, maybe…’ But you shouldn’t think like that,” says Maxime Fondop. “Even if soccer didn’t bring me everything I wanted, it made me evolve. For example, I learned the rigor of work, which means that today I get up early, and I do not miss a training session. And there are many other aspects that still help me now: pressure management, physical condition… In fact, I don’t regret anything.”