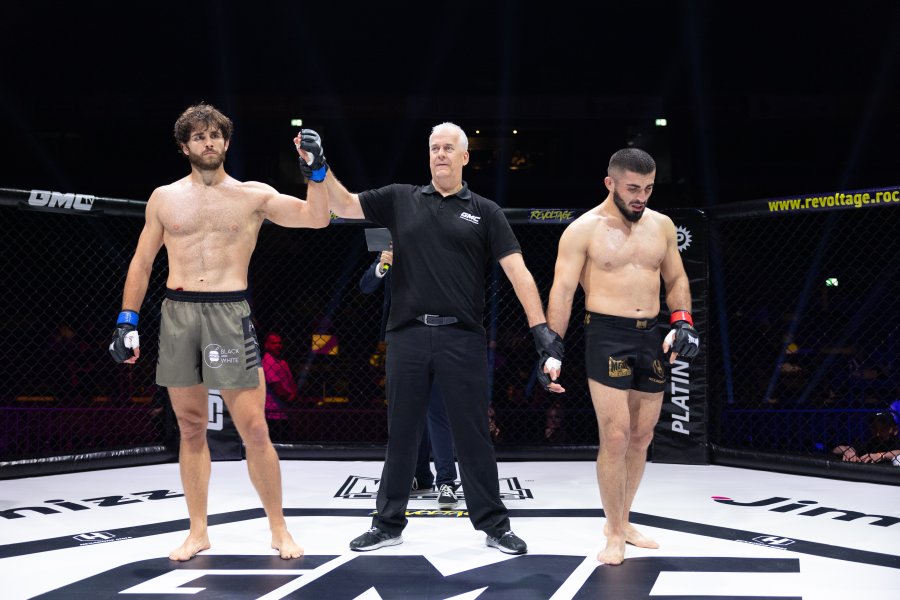 Renowned via the internet for refereeing amateur fights, Matthieu Letho Duclos is first and foremost an elite-level athlete. In the cage, he channels his power to bring a controlled game.

Paradoxically for a fighter, Matthieu Letho Duclos first developed his image and popularity as an arbitrator.

In 2018, made an appearance for the first time on the internet officiating at amateur fights on IbraTV. The videos accumulated millions of views and then offered him a great exposure. “I had never officiated before, but I modeled myself after what I saw at the high level. So sometimes I stopped a little too early, sometimes a little too late. But who doesn’t make mistakes?” he explained with hindsight. “Today, I may be a professional fighter, but people still associate me with that. It’s not serious, at worst, they call me ‘the referee’, but if the referee breaks faces, that’s not bad, right?” since the 27-year-old Nordist is above all an athlete, who has largely trained on the French amateur circuit since his discovery of MMA, during his years of education.

“Before, I was doing athletic strength at the national level. I qualified for the French championships, but I got bored of weightlifting, it’s too repetitive. So I switched to MMA without much experience, I had only done a little Thai boxing. And two months after my first registration, I was already going down to Paris, to fight with the Parisians,” he recalls. “At the time, I really liked fighting and I had a good punch. So I would throw a little without thinking. I knocked out a lot of people, but it also cost me a lot of losses.” A few years later, he still thrives in striking and makes daily progress under the orders of Daniel Woirin, his coach with the Woirin Elite Team. Matthieu Letho Duclos is perfectly in tune with his coach’s philosophy, which advocates a short-term career vision. “Everyone says, ‘I want to go to the UFC,’ but I don’t fight in the back. I personally like to focus on the present.”