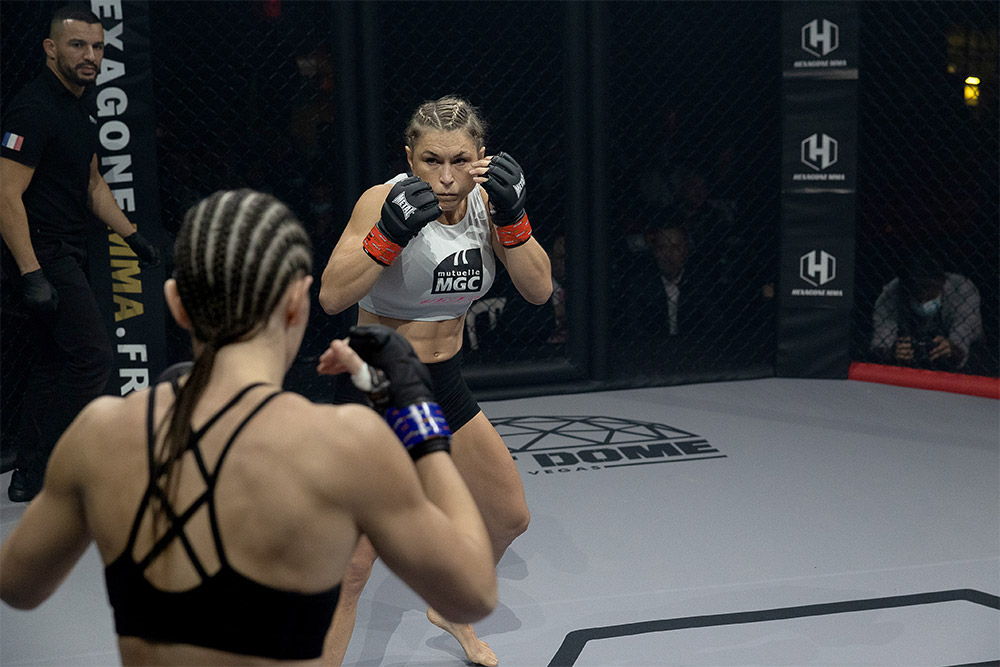 Whatever the discipline, Laëtitia Blot always finishes with a medal around her neck. With past accolades in judo, wrestling and sambo, it is MMA for which she is celebrated today. And success has not decided to leave her yet.

Comfort and security are not her cup of tea. The story of Laetitia Blot, 39, is a story of transitions, imbalances, and finally, rewarded life choices.

In total, the Brittany native has made three changes of discipline, all after her thirties, each time with success. First from judo to wrestling, then from wrestling to sambo, and finally, more recently, from sambo to MMA. But what sets her apart from the rest is that in her case, C18 has made it all the way to the world championships in each of these martial arts. She even won team gold in judo at the 2014 Worlds in Chelyabinsk in Russia, and bronze in sambo in Serbia in 2020. And for her last win, she went all the way after the international belt of the Hexagon MMA (-57 kg) where she fought, in Germany, against the Georgian Maria Torchinava.

“I wanted to keep my pretty face”

One could then imagine an eternal dissatisfied person, feeling a permanent need for change. But it is not so. “I never wanted to switch like that from one discipline to another. When I did it, it was out of obligation,” she explained afterward. “For example, I quit judo the moment they told me I was too old. And when I quit sambo, it was because some people came after me. Because I had a big athletic background, they told me it would happen quickly.”This last transition, to MMA, was not, however, decided in one day. At first, Laetitia Blot was firmly opposed to it, blocked by the fear of taking hits.” “I wanted to keep my pretty face,” she laughs now. “But I was shown pictures of chicks fighting, and I said to myself: ‘Worst case scenario, I’ll get surgery.” 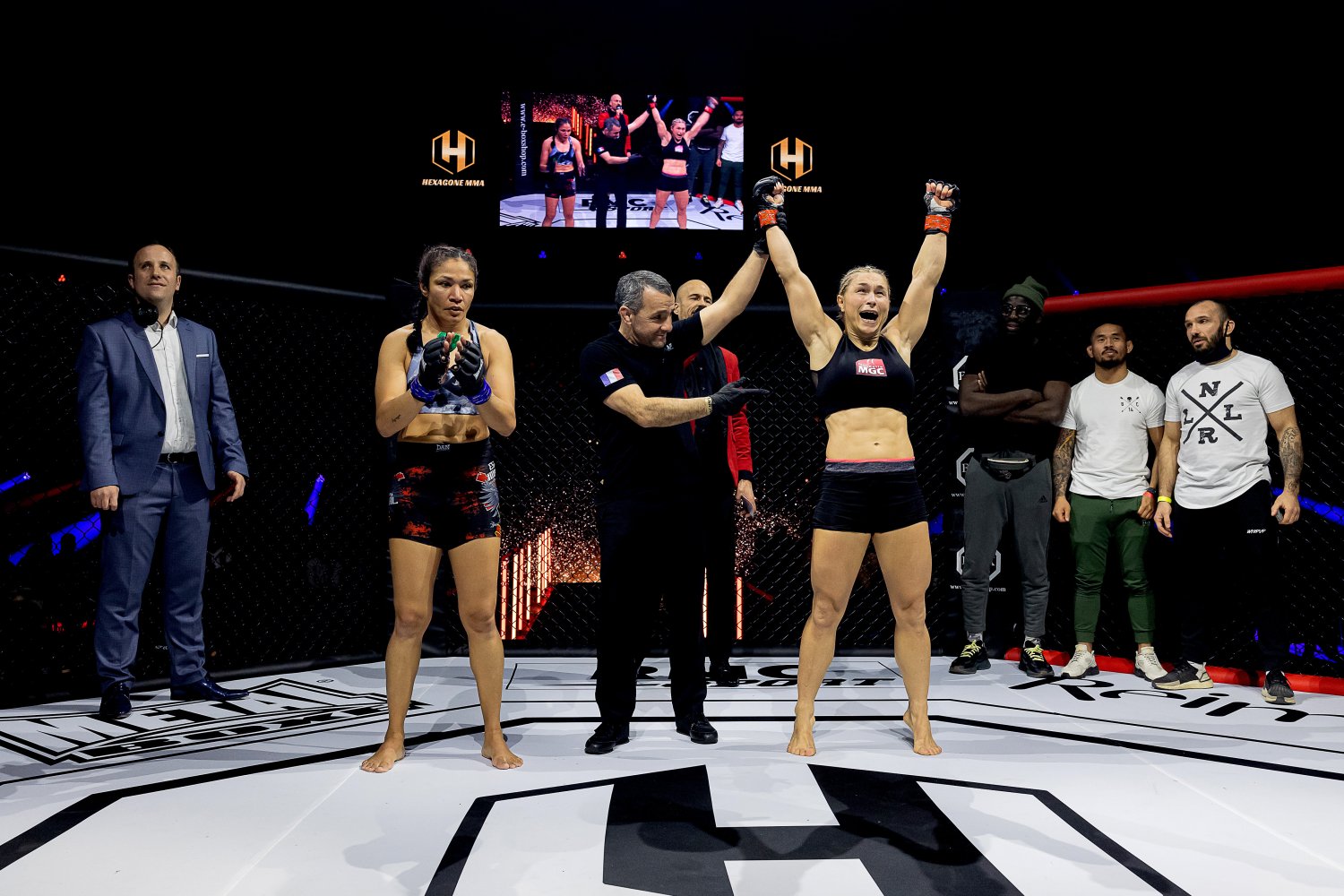 “You have to remember where you come from”

Expert in grip sports, the little blonde with the broken voice had to put aside her achievements, to start from scratch in foot-punching. But there was no question of denaturing herself for all that. “As my coach Charles-Henri Tchoungui says, “you have to remember where you come from”. If I have good projections, I must keep this thread. My goal is to stick and put on the ground. Even if we work on boxing, I’m not going to become a striker in two years!” Her latest victory, at Hexagon MMA 3, is proof of that: an arm lock finish, an obvious legacy of her judo background. But while she has a stellar 3-0-1 record, winning each time before the limit, Laetitia Blot doesn’t see herself accumulating as many preparation cycles and as many fights.

“I just work and train”

“It’s been years since I started putting my personal life aside and just work and train. It’s not sustainable in the long run.”Because besides the time spent in the gym, the Science Duca team representative is a train controller, always on the road between France and her neighboring countries. “I don’t sleep at home three times a week. I do one night in Amsterdam, one night in Brussels and one night in Gare du Nord, in Paris. So I bring my outfit to train, I go running, I manage everything, it’s a mess.” A life at a hundred miles per hour, to which must be added frequent trips to Marseille, put on his days off, in order to find her main club. “There, I sleep at my coach’s mother-in-law’s house, who prepares my meals. That’s a huge support, but besides that, it’s really exhausting. At the time, I had blinders on. I’m a performance robot, but that can’t last forever.” Laetitia Blot knows this well, the daily life of a fighter is particularly demanding, but “the positive aspects and the pride, comes afterward.”