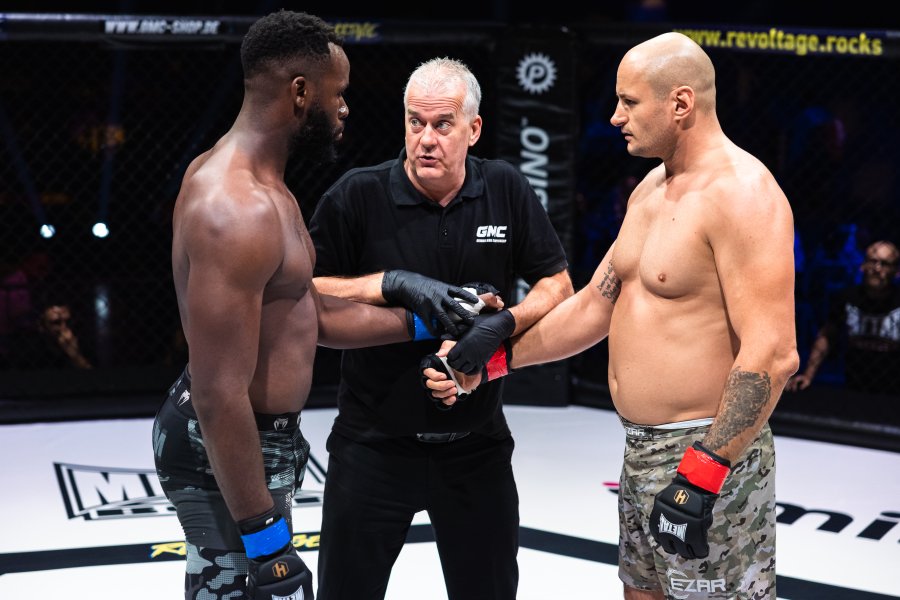 Schooled to fight in the streets of Bucharest, Ion Grigore chose to make MMA his profession late in life. Now in his forties, he is hungry to make up for lost time.

Ion Grigore, 44, still imagines himself continuing “for a very long time” in the professional world.

If he doesn’t set a limit for himself, it’s mainly because his MMA career started particularly late. “I started competitive martial arts when I was 37 years old, so I haven’t taken many hits for a fighter my age. I’m in good health, so I still have some time left in me.” Few blows, certainly, but many impacts cashed. Because previously, the imposing Romanian played at the highest national level in rugby, as evidenced by his passage at Dinamo Bucharest, the best club in the country. “I was a pro for many years, but I always dreamed of a career in combat sports. A passion born during his childhood, spent in Bercini, a hot district of the capital. And Ion Grigore says it straightforwardly: “obviously you have to know how to fight in the street in Bucharest. I happened to be pretty good at it, especially because I was imposing.

“Studies were not for me”

After hanging up the cleats, and with several years of wrestling and boxing in his legs, he decided to try the MMA adventure by testing himself as an amateur. A successful bet, concretized by the bronze medal in the heavyweight at the 2016 Worlds. “When I saw that I was doing well at this level, I told myself that I had a card to play with the pros.” Ironically for a versatile athlete, successful in any sport, Grigore is the exception to a rather intellectual family. “My parents, my brothers, my sisters… Everyone has at least a master’s degree in my house. I’m the only one who’s out of it, studies were not for me.” So, to complete his income, he officiates as a security guard in his hometown, Bucharest, and splits his time between training -at Team Bullterriers- and working hours, often nighttime.