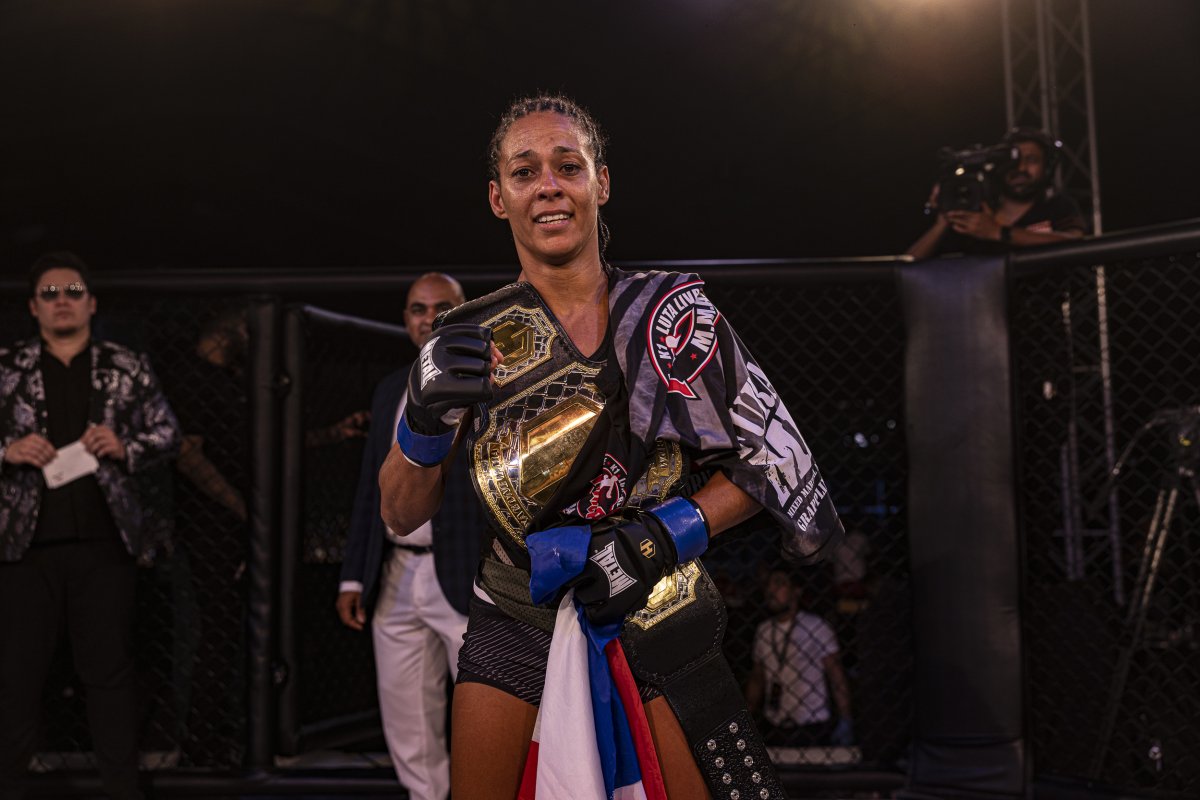 “Take it to the next level.” This was the objective for HEXAGONE MMA 4. And to achieve this, the organizers tried going international, setting up a gala in Dubai, United Arab Emirates, on August 28, 2022.

This was the opportunity to gain some visibility of the logo but also to stream internationaly after signing a contract with the sports streaming platform DAZN. Of course, a fight card in the Middle East also meant local fighters. As a result, several promising fighters on the region made an appearance in the cage, such as 6-1 grappler Islam Reda, and his 100% submission wins. Opposed to the French Wilson Varela, a specialist in foot-fist boxing, Reda was able to impose his style on the ground, to take a nice victory by decision.

Another Egyptian prospect, Abdelghani Saber, was in Dubai. Undefeated and spectacular, he faced Sofian Bouganoum in the co-main event of the evening. And once again, it was the technique on the ground that made the difference, allowing Saber to win by decision, after a total domination in the gripping phases. However, not all fighters put their fate in the hands of the judges. Filipino Reydemtor Nacionales, author of a violent ground and pound, inflicted a technical knockout on Mohamed Mashaly, after pounding him with punches and elbows.

And to close this first card abroad, Hexagone MMA beated all expectations by inaugurating for the first time the female belt (-52 kg), on the occasion of Women’s Day. A fight that turned into a demonstration, as Samantha Jean-François, former world grappling champion, quickly got the best of her opponent, Mona Ftouhi, to submit her in over a minute. An express finish at the height of the event. “It means a lot more to me than a belt,” said the new champion right after her world title. “Tonight is really a consecration.”