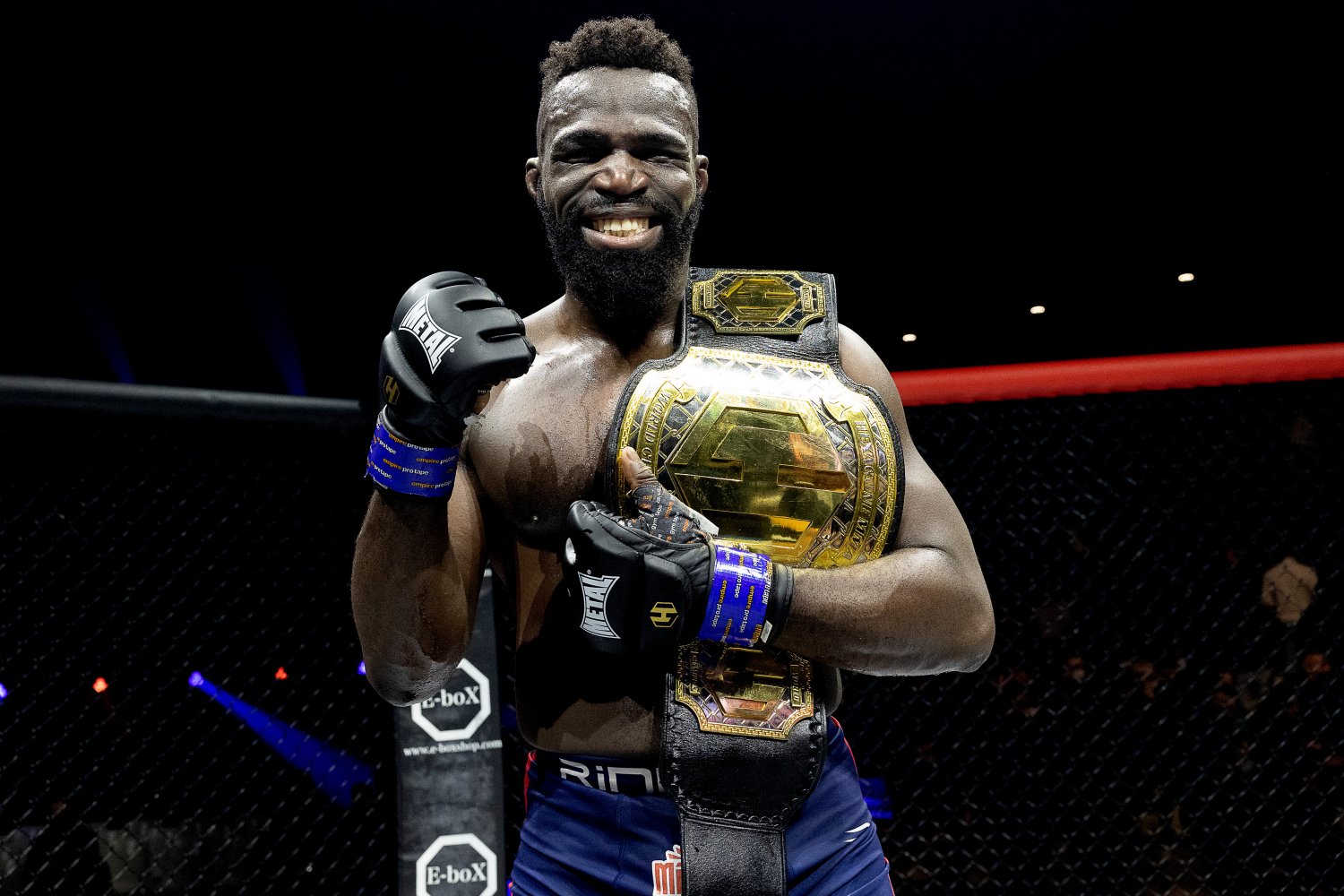 Since its creation, at the beginning of 2021, HEXAGONE MMA had always shown a desire to be exported outside Paris. On February 26, 2022, it’s in the brand new Arena of Reims that the French organization settled, for an event marked by the first belt defense of Gaël Grimaud.

The Reunionese veteran, crowned world champion in middleweight (-84 kg) during HEXAGONE MMA 1, in La Défense, was this time opposed to Aymard Guih. In a duel that was mostly fought standing up, it was the contender who was able to impose his style and explosiveness, to win a solid decision at the end of a committed five round fight. “I wasn’t afraid, but I was vigilant.” said the winner afterwards. “Facing a guy like Gaël, if you lack concentration, it can quickly be dangerous. Now it’s good, I can be called champion!”

A nice way to close a very successful event, where other figures of the French MMA had the opportunity to illustrate themselves.The experienced Laëtita Blot avenged her compatriot Lucie Bertaud by submitting Karla Benitez, who had taken the upper hand over the Frenchwoman four months earlier, in one of the flagship fights of Hexagone MMA 2.Blot, a former world champion in judo, displayed a beautiful range of techniques, including ground and pound and a superb arm lock, an obvious legacy of her past on the tatami.

In the submissions section, Sofiane Aissaoui also won on arm lock against the courageous Jean Dutriaux, who had accepted the fight at the last minute. Finally, the beautiful evening in Reims also offered an interesting heavyweight duel between Damien Losco Remy and Badr Medkouri, two promising fighters, undefeated until now. The opposition held all its promises, but especially reserved a balanced match where Medkouri finally emerged victorious in the decision, inflicting a first career defeat on his opponent.