A kick-and-fist specialist, Stéphanie Ielö Page has successfully adapted to MMA. Far from her family, the Caledonian works hard to shine at the highest level and best represent her community.

After every victory, Stéphanie Ielö Page proudly wraps herself in the blue, red and green flag of FLNKS, the Kanak independence party. Native from New Caledonia, the 34-year-old fighter, proudly represents her country through her mother’s heritage, and her middle name, which “nobody pronounces correctly”.

“I have a lot of followers over there. As it is a small overseas department, they are very happy to be represented. I know that my fights appear often in the newspapers.”

Far from her roots, Stephanie Ielö Page was born and raised in Brest, where she still lives and trains, at the Boxing Lab. “I lived in Paris for a while, because it was easier for boxing. But I came back to Brittany last year, and we created this club”, she said.

“Outside martial arts, I am a fishmonger”

Inevitably, her performances in the cage were preceded by long hours of training in wrestling and ju-jitsu, two disciplines “completely unknown” before her transition.

“I lost my first MMA fight due to an arm lock, but I had never done ground and pound. So I said to myself, ‘Maybe we’ll have to insist on that’,” she smiles at it today. “It’s still a weak point, but I’ve adapted my boxing to it since then. My work in training relies a lot on dodging takedowns.”

To continue her progression, and optimize her various training camps, Stéphanie Ielö Page is also fortunate to have very advantageous work schedules. “Outside martial arts, I am a fishmonger, so I go to the market in the morning. When I came back from Paris, I was looking for a job, and I told myself that you could try this. But I didn’t know anything about it, so I started from scratch. I had to learn how to make the nets and to recognize the fish! The advantage is that my boss is very understanding. When I ask her for a few days to go and fight abroad, she always agrees.” 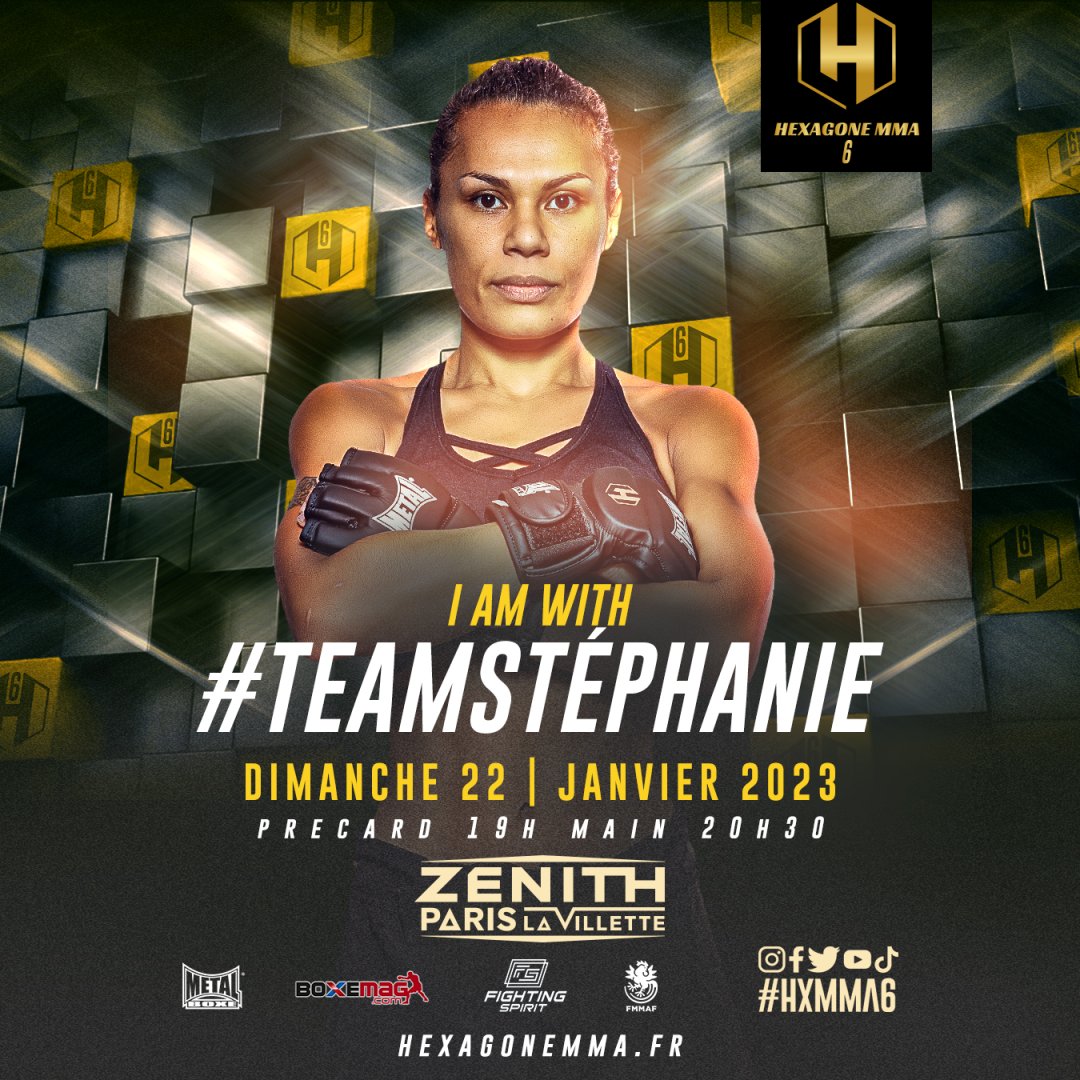