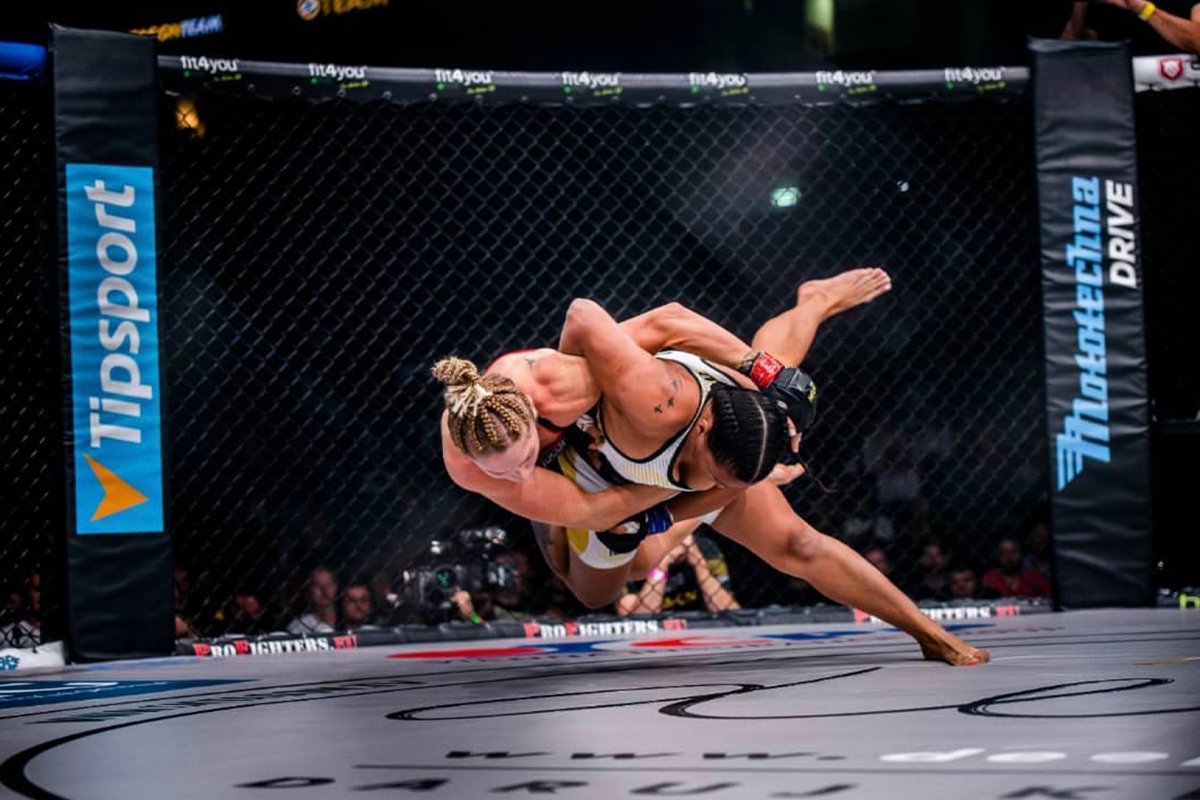 Priscila de Souza has only one passion : jiu-jitsu. A true art of living, it is through this discipline that the Brazilian woman blossoms on a daily basis, and defines her style in the cage. The result is a particularly spectacular athlete, eager for submissions.

In her ten-year career, Priscila de Souza has had the opportunity to challenge the elite of women’s MMA: Juliana Velasquez, former Bellator champion; Roxanne Modafferi, former UFC title challenger… to name just a couple of the credentialed opponents with whom the 33-year-old Brazilian has crossed swords over the course of her 22 professional fights. Of course, it is rare that such a career is not enameled with some setbacks. But in Priscila’s case, it’s notably her aggression and the rate of finishes that stand out on her record with seven wins by submission and two by K-O, a rarity in the lighter and women’s weight classes. This propensity to avoid the judges’ decision stems from the well-controlled jiu-jitsu that the Brazilian practices and teaches in Duque de Caxias, on the outskirts of Rio de Janeiro.

“Jiu-jitsu is really a therapy.”

“It’s my passion, but it’s also more than that,” she explained between classes on the mat. “My life is organized and defined by this sport. Jiu-Jitsu is a real therapy, it brings as much to the body as to the mind. I see so many people transforming over months of practice, that’s what makes me happy.”
This art of living has also had impact on her personality. “Priscila is animated,” describes her main training partner. “As a woman, she is strong and intense in everything she does. In the fights, she gives it her all.”
Gifted, hardworking, and detail-oriented. “I often think back to my mistakes, the fights I may have lost because of little things,” she resumed. “But it pushes me to constantly improve!”