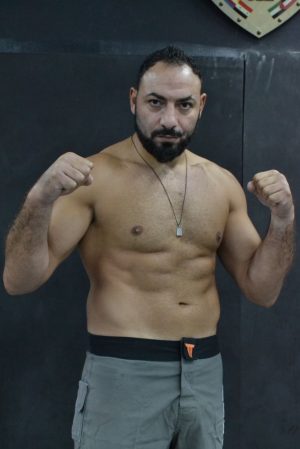 Ibrahim ‘The Wolf’ EL SAWI is one of the most well-known individuals in the United Arab Emirates (UAE) in combat sports.

He has been competing since he was fifteen, first in Muay Thai before moving into mixed martial arts. Originally from Egypt, he made his name in the UAE after becoming champion in the Dessert Force promotion. He currently resides in Abu Dhabi, where he owns a gym. He is also a keen contributor to the UAE Special Olympics training programs.
EL SAWI boasts devastating knockout power, and also has potent grappling skills as a Brazilian Jiu-Jitsu brown belt.