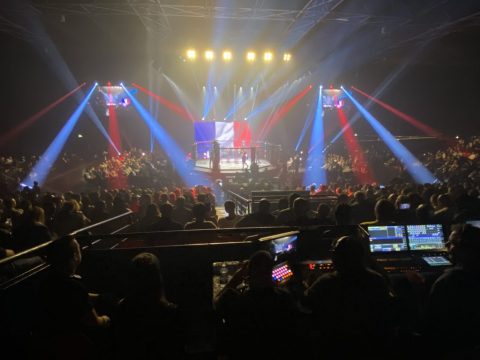 AT LAST, MMA IN FRANCE!

MMA or Mixed Martial Arts is this new fighting sport that comes from Brazil and the United States. It has been developing since the early 90’s and is considered by athletes as the “king of combat sports”.
MMA combines the practice of Judo, Karate, Wrestling, Boxing, Kickboxing and some other combat sports. Very spectacular, it is qualified as a “foot-fist” combat sport, unlike boxing which is a “fist” sport. For the safety of the fighters and the public, it takes place in a closed arena in order to avoid the fall of an athlete outside the ring.